The latest candid spy shots of the upcoming Royal Enfield Himalayan 450 give a glimpse into the details of the two-wheeler; The next-generation Himalayan will get an all-new 450cc liquid-cooled engine and is expected to be launched by the first half of 2023.

The upcoming new-generation Royal Enfield Himalayan 450 has been spied multiple times during test runs on Indian roads. Now in the latest round of spy images, we’ve got the clearest shots of the stealthy Himalayan 450 to date. Testing of Royal Enfield’s new adventure tourer is in full swing and we expect it to be launched by the first half of 2023. 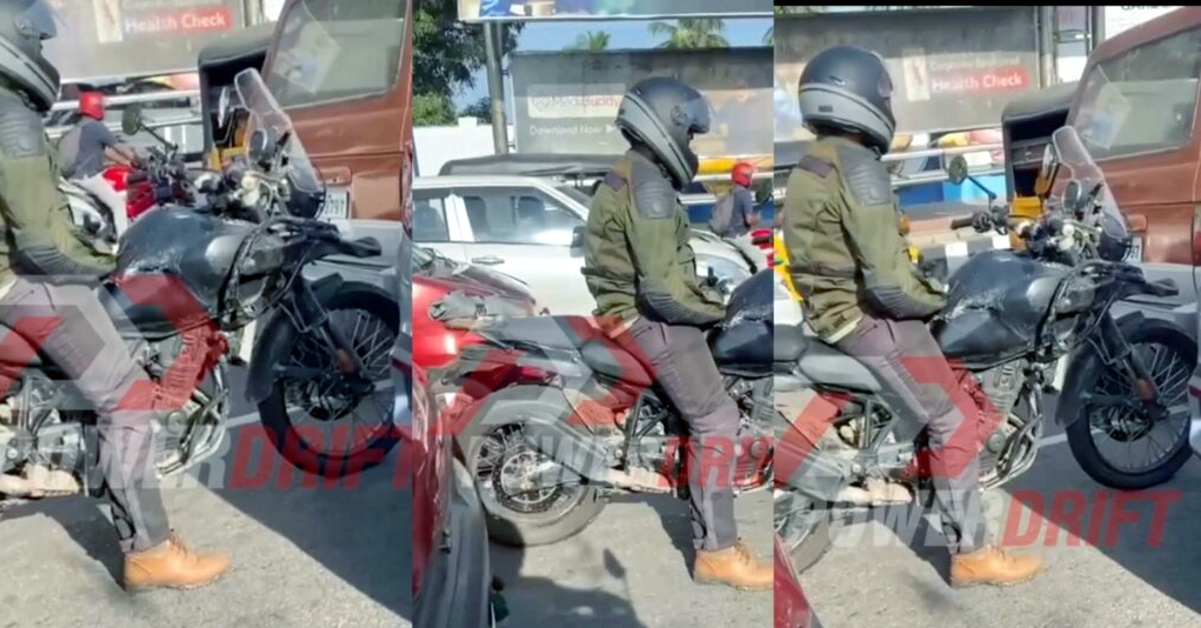 As seen in the spy shots, the Himalayan 450 sports a hefty petrol tank flanked by a prominent crash guard. A tall windscreen and typical round headlights with round rear view mirrors complete the front profile of the two-wheeler. It gets a split seat setup, where the pillion seat is placed a step higher with a top rack for mounting luggage.

The exhaust appears to be a direct lift-off from the existing Himalayan Scram 411 twin. In terms of equipment, the new model will get a new semi-digital instrument console with tripper navigation, and dual channel switchable ABS and Royal Enfield may add some off-road modes to enhance the package.

The bike will get a set of long-travel off-road biased USD forks up front and an adjustable mono-shock at the rear. Braking duties are handled by disc brakes at both ends and the brand will definitely work to improve the ADV’s braking performance. Riding on off-road appropriate conventional spoke rims, the bike will likely retain 21-inch front and 17-inch rear wheels.

According to reports, the Himalayan 450 will be based on Royal Enfield’s K1 platform and will form the basis for the brand’s upcoming bikes. The ADV will get power from a 450cc single cylinder liquid cooled engine with power output in the range of around 40 bhp and 35-40 Nm of peak torque. The engine will be mated to a 6-speed gearbox with a slip-assist clutch.

Royal Enfield may move away from its long-stroke torque-biased engines with the launch of its new ADV. This is likely due to the fact that the new engine in the Himalayan 450 uses a liquid cooling setup and this type of thermal management system is commonly used in high compression engines. However, these are just speculations and we should definitely wait for more updates before jumping to any conclusions.

Once launched, the Royal Enfield Himalayan 450 will compete with the likes of KTM 390 Adventure 390, BMW G310 GS, Yezdi Adventure and the upcoming Hero Xpulse 400 among others.