US President Joe Biden has drafted a letter to Prime Minister Yair Lapid vouching for the United States’ commitment to fulfilling a new border agreement with Lebanon and Israel’s security and economic rights included in the agreement, a senior US official said Saturday night.

The text of the letter was finalized between Israel and the United States on Friday, and Biden is expected to sign it early next week, the official said.

In the letter, Biden emphasizes the US commitment to support Israel’s ability to defend itself, including gas infrastructure and ships in the Mediterranean.

The United States also recognizes the buoy line that extends 5 kilometers (3.1 miles) into the sea from Rosh Hanikra as an unaltered line and opposes any attempt to change the line without Israel’s consent.

In the letter, Washington commits to support Israel’s economic rights to part of the Qana gas field, which according to the agreement is owned by Lebanon, underlining that it will prevent Hezbollah from receiving income from it.

In addition, Biden pledges to stand with Israel against any attempt to violate the maritime agreement. 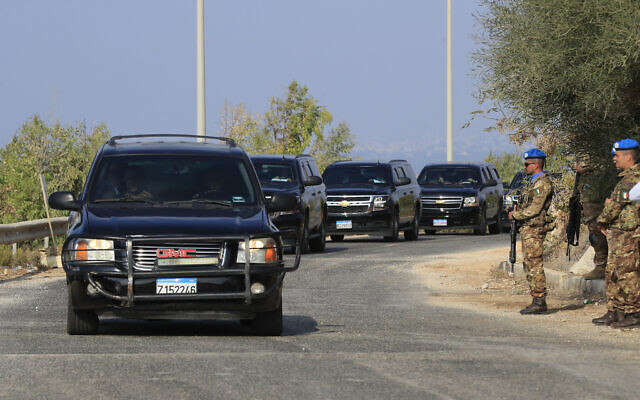 A motorcade of the Lebanese delegation drives towards the UN post along the border known as Ras Naqoura, where the Lebanese and Israeli delegations met, in the southern Lebanese town of Naqoura, October 27, 2022. (Mohammed Zaatari/AP)

The US president praises Lapid’s role in bringing about the agreement, calling him “heroic”.

The final text of the letter will not be published, according to an Israeli official.

The letter comes days after Israel approved the US-brokered maritime deal with Lebanon, which Lapid hailed as recognition by an enemy state of Israel, although Beirut rejected his claim.

The government’s vote on the agreement on Thursday came hours before the signing of the deal by both sides in a ceremony at the United Nations base in Lebanon, and shortly after Lebanese President Michel Aoun signed a letter confirming Beirut’s acceptance of the deal.

Lapid signed the agreement shortly after the cabinet vote.

Israel and Lebanon are technically still at war and the agreement does not touch the border. However, the deal is seen as Lebanon’s tacit recognition of Israel, with the approval of the powerful Hezbollah terrorist group. 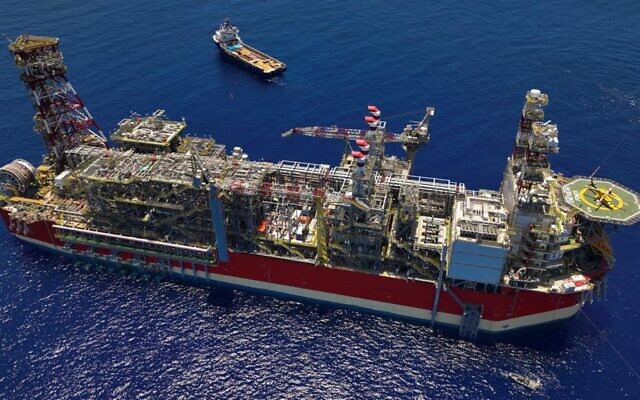 After the deal was sealed on Thursday, Hezbollah said it would end its special campaign against Israel, after threatening to attack if Jerusalem began extracting natural gas from the Karish well before a deal was struck. Gas production started in Karish on Wednesday.

The deal came as Lebanon hopes to emerge from what the World Bank calls one of the worst economic crises in modern world history and as Lapid sought a major breakthrough, days before general elections on November 1.

The deal ends a long-running dispute over about 860 square miles (330 square kilometers) of the Mediterranean Sea, which includes Israel’s Karish and Lebanon’s Qana gas fields.

You are a dedicated reader

That’s why we founded the Times of Israel ten years ago – to provide discerning readers like you with essential coverage of Israel and the Jewish world.

So now we have a request. Unlike other news media, we have not installed a paywall. But since the journalism we do is costly, we invite readers to whom The Times of Israel has become important to help support our work by participating in The Times of Israel Community.

Thank you,
David Horovitz, founding editor of The Times of Israel